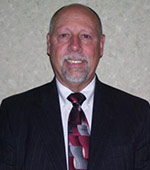 Larry has the distinction of being the first person elected and inducted into the ISA Hall of Fame.

Larry started ISA in 1982 with an idea, no money and a lot of determination. After two years of research, organizing, and assuring that all details were covered, ISA became a reality in 1984.